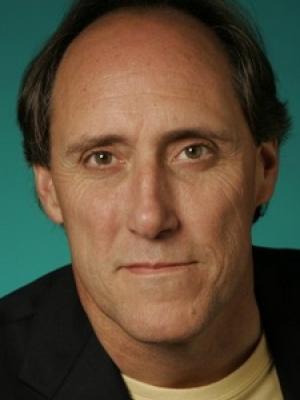 He is known for playing tough or grouchy men in dubbed anime and video games. His career includes Hotohori in Fushigi Yūgi and Jin in Samurai Champloo. He also played numerous cameos and minor characters in Rurouni Kenshin, in addition to the major character of Hajime Saito. He also does Don Patch in Bobobo-bo Bo-bobo as well as Gabumon and other voices in Digimon.

According to Anime News Network, Thornton has the most credits of any male voice actor and he is second in total voice actor credits only next to Wendee Lee. He has been in nearly two hundred voice-over productions for Japanese animation.

Thornton is also well-known for having played many different minor voice roles throughout the Power Rangers franchise (and similar series such as VR Troopers and Masked Rider).

Thornton has also had experience with ADR direction. Currently, he is co-directing the ADR for the popular anime series Bleach alongside Wendee Lee.

Thornton's career is difficult to track, due to the multiple names he has been credited under.

He is also known as Ron Allen.

Bleach: Memories of Nobody
Riyan

Blade of the Immortal
Kagimura Habaki

Magi: The Labyrinth of Magic
Ryosai