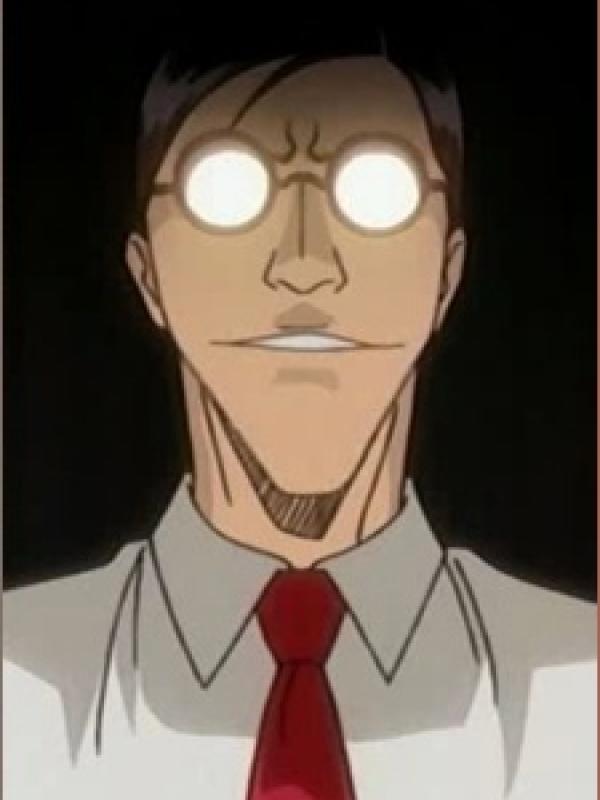 Bount who helped Jin Kariya achieve many of his goals.

Ugaki has the appearance of a professional man, wearing a tie with a white button-up shirt, large glasses, and his hair neatly combed over to one side.

Preferring to stay out of direct battle, when Ugaki released his doll, he stayed hidden behind a wall. He was responsible for helping Kariya create the bitto after Yoshino Sōma's death, and seems to be fiercely loyal to the Bount leader.