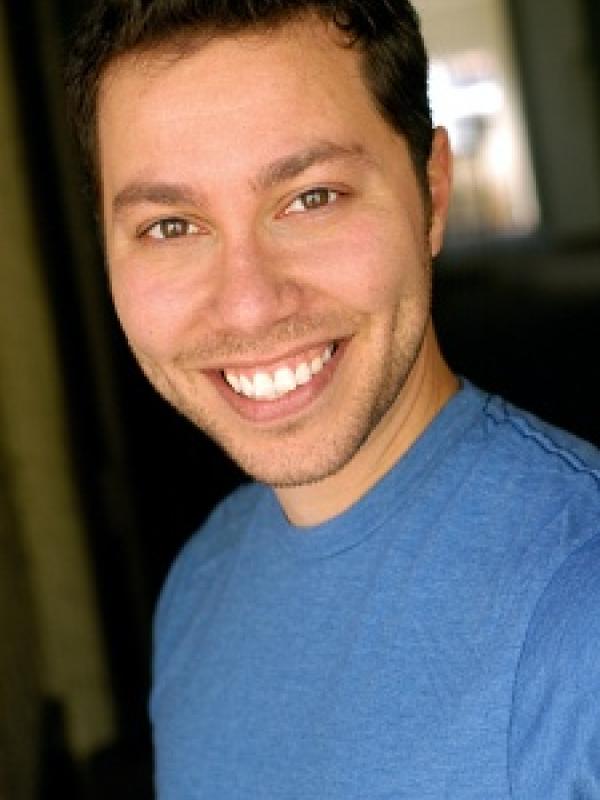 Samuel Brent Oscar Riegel is a voice actor, writer and director who appears in many television cartoons, anime, and video games. He began as a child actor in theater in Virginia, and moved to New York City to perform in Broadway and off-Broadway shows. In 1994, he graduated from the Professional Children's School on the Upper West Side of Manhattan, New York City. After graduating from the University of Virginia in Charlottesville, VA, he returned to New York to begin his voice acting career. He now resides in Los Angeles, CA. He is the older brother of Eden Riegel and the younger brother of Tatiana S. Riegel. He was in New York City on September 11, 2001, and he recorded the attacks on the World Trade Center with his video camera. He is best known for his role of Donatello from Teenage Mutant Ninja Turtles (2003 series), and as a cast member of the web series Critical Role (2015-current).

Persona 4 The Animation: No One is Alone
Kuma

Magi: The Labyrinth of Magic
Spartos

Magi: The Labyrinth of Magic
Dolge

Magi: The Kingdom of Magic
Spartos