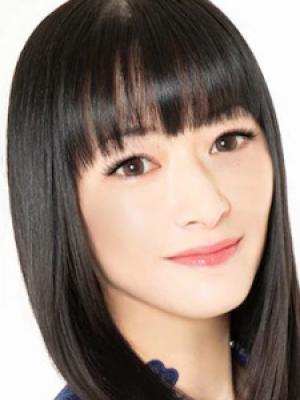 - She has starred in several anime series with Toyoguchi Megumi in which their characters are part of the same teams.

- She has starred alongside Hoshi Soichiro whereby her character had a hand in saving Soichiro's character.

- In the first half of Hanaukyo Maid Tai La Verite episode 5, Mariel, who was voiced by Rie, cosplays Chi from Chobits, who was also voiced by Rie.

- She is an avid fan of one of the characters she voices, Suigintou from Rozen Maiden, and has even done a cosplay of her own character.

- Some of the characters whom she had voiced dresses in Gothic Lolita style. Examples include Chii and Freya from Chobits, Suigintou from Rozen Maiden, and Towa-chan from DN Angel.

- Rie's widely known favourite greeting sign is the V sign whenever she stands in front of a camera.

- She is also a member of the Steel Angels, a singing trio composed of the three lead seiyuu of Steel Angel Kurumi--Atsuko Enomoto and Masayo Kurata included, and is responsible for its opening and end themes.

- Despite her singing ability, she voices the unexpectedly tone-deaf Yomi in Azumanga Daioh.

- She is married to fellow voice actor Kouichi Yamadera.

Tales of Phantasia: The Animation
Martel

Amon: The Apocalypse of Devilman
Miko

Druaga no Tou: The Aegis of Uruk
Ishtar

Arakawa Under the Bridge
Shimazaki

Hayate no Gotoku! Heaven Is a Place on Earth
Maria

Hayate no Gotoku! Can't Take My Eyes Off You
Maria