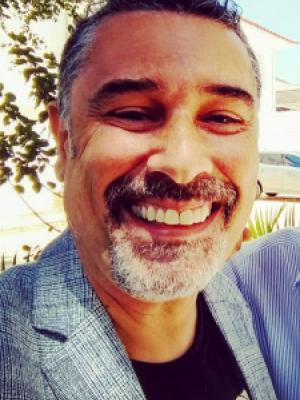 Cassius Romero is one of the best known of Brazil dubbings between otakus. This thanks to its remarkable work in Samurai X, Knights of the zodiac, Dragon Ball, Dragon Ball Z and Evangelion. But following the career of dubbing was not their first choice occupation. Earlier, the actor worked eight years at Warner Music doing illustrations for cover of records. Moreover, he was HQs and even came to publish some stories of science fiction in Heavy Metal French. Today he gives life to several characters in anime with your voice. Among the most famous are the original voice Aoshi (Samurai X), the Supreme Lord Kaioshin (of Dragon Ball Z), Crocodine (Fly), Thales (of Dragon Ball Z - The Movie), the Master Indra (Shurato) , Koji (Evangelion) and the first Tuxedo Mask (from Sailor Moon).