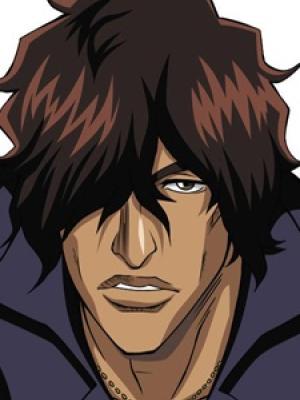 Chad is a teenager of Mexican descent. He is extremely tall and appears to be much older than he actually is. Chad has a tattoo on his left shoulder which reads Amore e Morte ("love and death" in Italian) and consists of a heart, a snake and angel wings around the heart. In the series, he is usually seen wearing either his school uniform or a t-shirt. At one point in the series, he is seen wearing a dark, long-sleeved shirt with a rose emblazoned on the left sleeve. The rose may be in honor of his grandfather seeing as how his grandfather's name was Oscar Joaquín de la Rosa, de la Rosa being Spanish for "of the Rose."

Chad is a quiet person and is sometimes the subject of jokes or bullies because he never fights back, against ordinary humans, or often hollows and Soul Reapers until necessary. Nonetheless, he is treated equally within his group of friends in Karakura (Ichigo, Keigo and Mizuiro). Chad also has a weakness for cute things, like small animals and Kon, and is one of the few characters that actually treats Kon with any dignity but for the most part ignores him. To match his extraordinary size, Chad possesses extraordinary superhuman durability, even before activating his spiritual powers, being able to survive the impact of a falling steel girder on his back and a head-on motorcycle collision, and is strong enough to break telephone poles and wield them as giant clubs, even when already injured. Besides his physical strength, Chad has also shown to be very intelligent; he ranked 10th out of 322 in school, while Ichigo ranked 23rd.

Chad likes music, but rarely watches TV. The only programs he likes are Carnivore Kingdom, which starts at 8 a.m. on Sundays. He likes it so much that he bought the DVDs for it. Not surprisingly, since Kon is a cheap knock-off plushie of the main character of Carnivore Kingdom, Chad finds Kon especially cute. The other show is Don Kan'onji's Ghost Bust. Chad also has a bass guitar, but has never been shown playing it. It has been shown in Chad's room in episode 69 and in the 8th anime ending sequence. It's also shown in episode 12 after a "band practice." He is also seen carrying it immediately preceding the appearance of the incomplete arrancar.

Bleach: Memories of Nobody
Hiroki Yasumoto

Bleach: Memories of Nobody
Jamieson Price

Bleach: Memories of Nobody
Bruno Moury