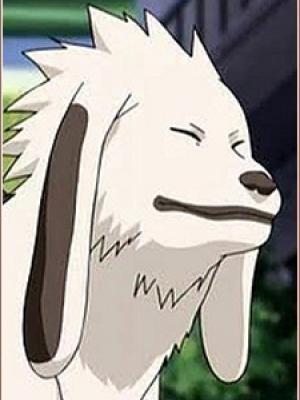 Akamaru is the nin-dog of Inuzuka Kiba. He is his best friend and plays an important part in all of Kiba's attacks. As a puppy, he is either in Kiba's jacket or on his head, but he later grows to be so large that Kiba can ride him. He has very good senses, even for a dog, and can communicate with Kiba.

Akamaru's name means "red" (with "maru" at the end, which is simply an ending for a boy's name. Other males in the show share the suffix). When he eats a solider pill, his fur turns a dark red color.