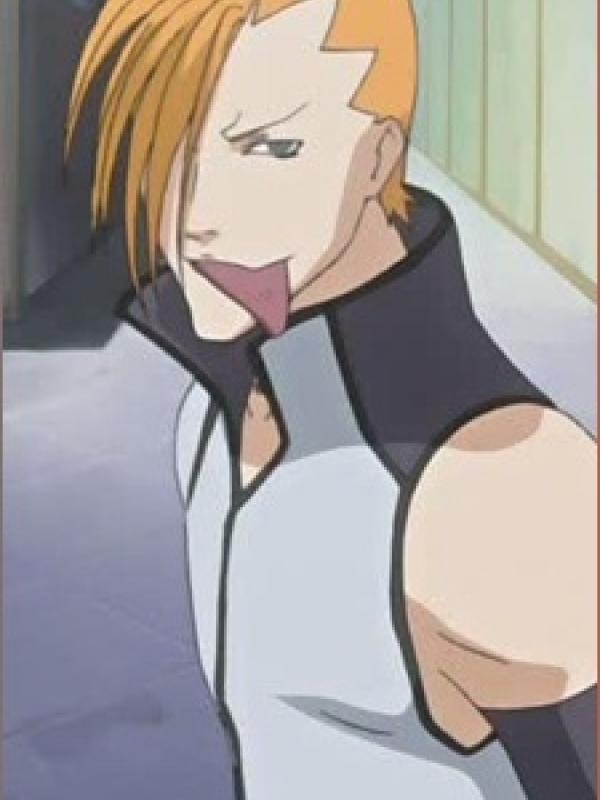 Mabashi is unique in his overall appearance. His orange-red hair is messy and long on the right side, but clean and cut short on the left. He wears shorts and a sleeveless shirt (both sporting a black trim). The red necklace he wears is used to connect his doll's sealed form.

Originally, Mabashi did not seem to care if his views went against Kariya's, as he refused to drink the bitto's elixir. He is a staunch defender of the rule that Bount should not drink living souls. But after Kariya forced him to, his personality changed. He seems to be overconfident and facetious. Against Soifon, he didn't even find it necessary to fight her, suggesting that he is not a very perceptive fighter who leaves the heavy duty work to his doll, Ritz. Mabashi cares for the doll with his life, seen when his doll is defeated, and gets mad that she was hurt. He also comment during her "playtime" with Orihime, Rukia, and Kurōdo that she was cute.

He has a nasty side, liking to be sadistic when he pitted Rukia against Orihime. He is shown to be laid-back, evident when he allows his doll to control his opponent while he gives orders from the sidelines. Mabashi takes joy in sitting back and watching his doll mess with people. He is also an instigator who likes to antagonize others, be they enemies or allies. He is disrespectful to the people higher than himself, especially Yoshi. Though he only appears a few times, he has his ways to make himself be known well. He apparently does not have a good relationship with Yoshi, whom he frequently insults and calls her "old and ugly", leading to both verbal and physical clashes between the two.