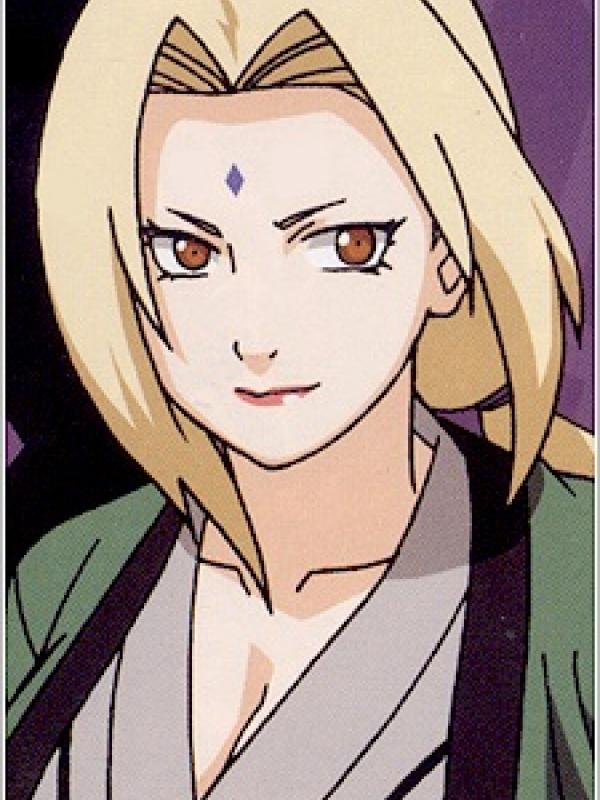 Tsunade is the granddaughter of the First Hokage. She is one of the legendary Sannin.

After his failed invasion of Konoha, Orochimaru approaches Tsunade to get her to heal his arms. While she initially refuses, Orochimaru offers to revive Dan and Nawaki in exchange for healing his arms. Intrigued, Tsunade is left a week to consider the matter. Once meeting Uzumaki Naruto, Tsunade begins to remember the dreams of her two loved ones and how much they loved the village of Konoha. While she longs to see them both again, Tsunade ultimately is unable to bring herself to help Orochimaru, his hopes of destroying Konoha too strong to ignore. Determined to protect the village her loved ones held dear until the end of their lives, Tsunade battles with Orochimaru and eventually defeats him. Having accepted the title of Fifth Hokage, Tsunade returns to Konoha afterwards.

Since becoming Hokage, Tsunade has primarily acted as a source of assignments, and mobilizes Konoha's forces when need be. In addition, Tsunade plays a large role in healing the more severe injuries that befall upon those she sends on missions. At the end of Part I, Haruno Sakura becomes Tsunade's apprentice.

Tsunade's trademark ability is her inhuman strength, which is derived from her excellent chakra control. By storing chakra and releasing it at the point of contact, she can enhance her strength to the point where she can break through boulders with her bare hands.

She is also an extremely talented Medical-nin, and can heal wounds that most others would consider impossible. As a result of her chakra control and her medical abilities, Tsunade has created a form of regeneration. So she really is near 50 years old, but looks like she were in her twenties.