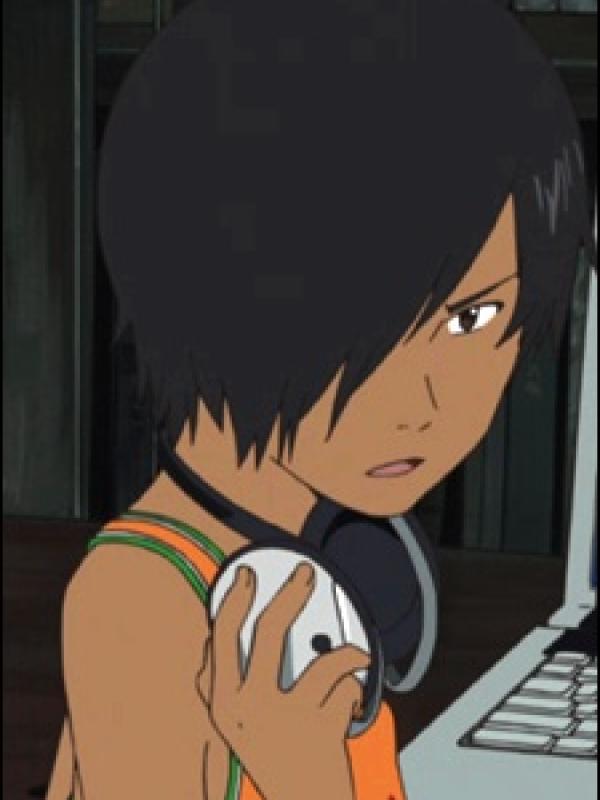 A 13 year old Oz user and one of Natsuki's cousins.

On Oz, he is known as King Kazuma. He is famous on there for being an excellent fighter in the Martial Arts Championship. He refers to Oz's fighting games as not being a game, but a sport. He says that he 'likes the fighting and winning, but not the gaming part.'

His Oz avatar is a white rabbit wearing a red vest, jeans, goggles around the neck, and white and red gloves. Kazuma later on gives his avatar a haircut similar to his except blond to show his dedication to defeating Love Machine.

Kazuma secludes himself in his room most of the time. He used to be very weak before learning Shaolin Kung Fu from his grandfather, whom he refers to as 'master.' He sees Kenji's braveness as an inspiration. Kazuma wears a tank top and shorts, and is usually seen with a laptop.