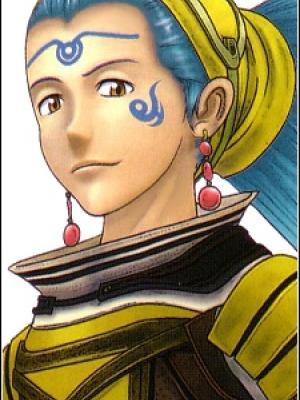 A strong and flirtatious man who wishes for peace in The World. He is a member of "Raven" and part of the project to destroy AIDA. He was once a member of the newbie help guild Canard, and even now, he is admired by Silabus and Gaspard. Kuhn currently lives by himself and is single despite his popularity with girls in The World. He controls the Avatar, Magus. In reality, he is the ex-boyfriend of Mai Minase, one of the heroines of .hack//Liminality, and a former coma victim from the previous version of the World.

Kuhn is very cheerful and optimistic, but has a strong sense of justice. Though he acts like a womanizer, he cares deeply for his friends. He dislikes putting others in danger but he respects the strength of people such as Haseo and is willing to work with him. As the second player to activate his Avatar, he has gained almost complete control over Magus, who he affectionately calls "My Magus".

In real life, Kuhn is a 24-year-old man working part time at an arcade in Kanazawa and part-time at CC Corp. He loves attending mixed parties. His flirtatious attitude online hides a trouble with forming relationships in the real world. He confesses to Haseo that the only serious girlfriend he ever had was in high school. He prides himself in having the private email addresses of 972 girls on his cell phone and plans to make Pi's his 1000th. His real name is Tomonari Kasumi, and he is the player behind Sieg.