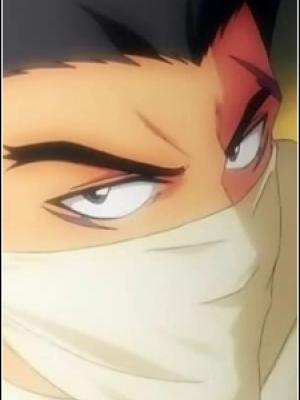 Tsubaki is a fiery male spirit who is the only Shun Shun Rikka capable of direct attack. He often strikes anyone who gets on his nerves (including Orihime). Because he is primarily focused on attacking, he is vulnerable to counter-attacks and has been injured several times. The stronger Orihime's anger and killing intent, the more powerful he becomes. However, Orihime's timid nature limits his overall power and has contributed to his injuries in the past. At one point, Tsubaki was killed by the Espada Yammy Riyalgo, who crushed Tsubaki into tiny pieces. Orihime was distraught by this, and since the pieces were too small to find, she couldn't bring Tsubaki back. But due to meeting Hachi, who said Orihime's powers were similar to his, Tsubaki is restored by Hachi despite having no pieces of him