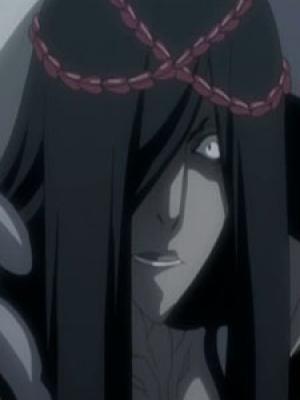 Wabisuke's spirit takes the form of an emaciated, shirtless man. He carries a large metal ball on his left shoulder and Izuru's Shikai in his right hand. His pants resemble those of a Shinigami's shihakushō but tied with chains instead of an obi. He is always seen with his head bowed down, letting his hair completely cover his face. The spirit also has a large stone tablet chained to his body that seems to weigh him down; this is reflective of Wabisuke's abilities of doubling the weight of those struck by his blade.

Seen in the Zanpakutō Unknown Tales arc (anime only)