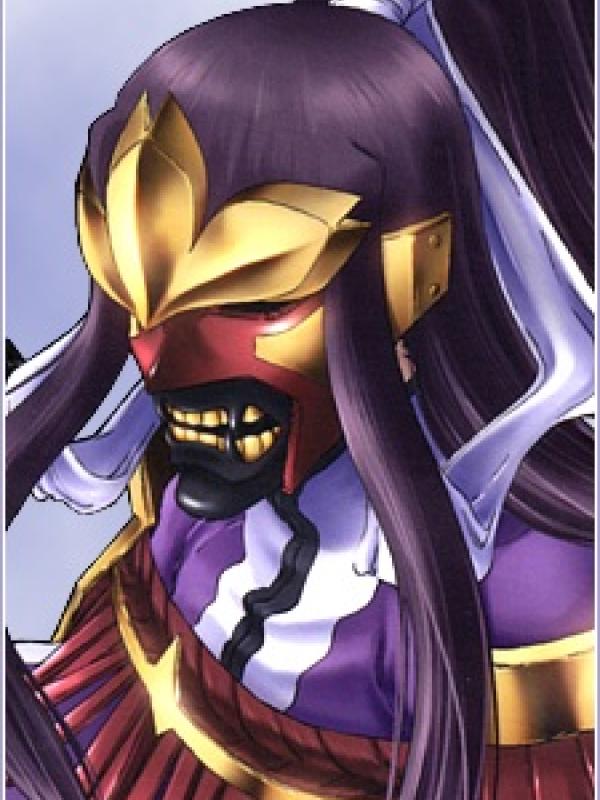 His appearance is that of a masked samurai in full armor. He has long, dark brown hair with silver accessories and wears a golden accessory on his forehead that resembles a half-cherry blossom. From what little is seen from when his mask was broken apart, he appears to resemble Byakuya to a degree. Much like his former master, he is portrayed as serious and uninterested in small-talk, as shown when he ignored Ruri'iro Kujaku. Though, unlike Byakuya, he occasionally has emotional outbursts. Senbonzakura seems to care for Sode no Shirayuki like Byakuya cares for Rukia.