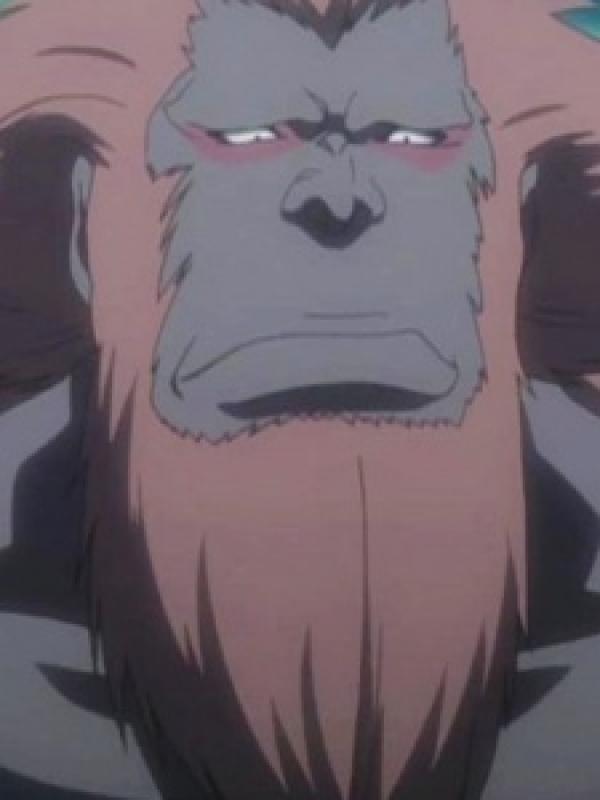 Hōzukimaru's spirit is that of a large man resembling an oni with dark brown skin and long messy orange hair, in stark contrast to his bald master. He is shirtless and wears a white robe in the form of a skirt, revealing a tattoo on his shoulders in a design similar to the dragon symbol on Ikkaku's Bankai. He also appears to have red markings under his eyes, similar to Ikkaku's.

Although he shares his wielder's cocky, fight-loving attitude, Hōzukimaru seems to be just as lazy as Ikkaku described: when first seen, he is the only one sleeping.