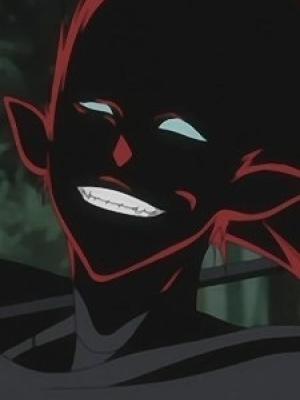 He is Hisagi Shuuhei's Zanpakuto in physical form. The spirit of Kazeshini takes the form a dark man that almost resembles a shadow. He has long black hair and carries a weapon similar to that of Shūhei's Shikai. Just as his image suggests he is violent and prone to rampages, and enjoys slashing his opponents. His behaviour may be why Hisagi does not like his zanpakutō.

When released, it takes the form of a kusarigama-like weapon, with two blades curving both directions, connected by a long chain. Although Shuuhei dislikes the shape of his weapon because it's "shaped like something meant to reap life itself," he is extremely proficient at wielding it, capable of using the blades as both hand-to-hand weapons and projectiles, using the chain to make the weapons' paths unpredictable.