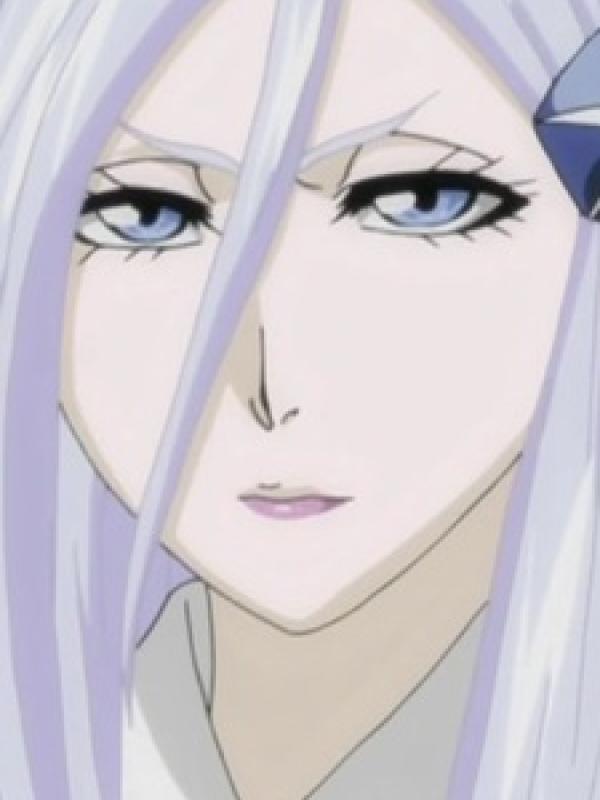 She is Kuchiki Rukia's Zanpakutou in physical form. Living up to its name as the most beautiful Zanpakutō in Soul Society, Sode no Shirayuki manifests herself as a beautiful woman dressed in white and light blue clothes. Her hair is pale blue and she speaks softly.

In its released state the blade becomes completely white and a ribbon forms from the pommel, earning it the recognition as the most beautiful zanpakutō in Soul Society. Sode no Shirayuki utilizes ice to attack, each of its three abilities being labeled as "dances" by Rukia. "First dance, white moon" (初の舞・月白 some no mai, tsukishiro) denotes a circular area around Rukia's target and freezes everything within the circle from the ground upwards until it reaches the sky. "The next dance, white ripple" (次の舞・白漣 tsugi no mai, hakuren) fires a massive wave of ice from Sode no Shirayuki's blade. "Third dance, white sword" (参の舞・白刀 san no mai, shirafune), her final ability reserved only for when her blade is broken, reforges her zanpakutō with ice particles, piercing through any object in its path and freezing anything in the vicinity.