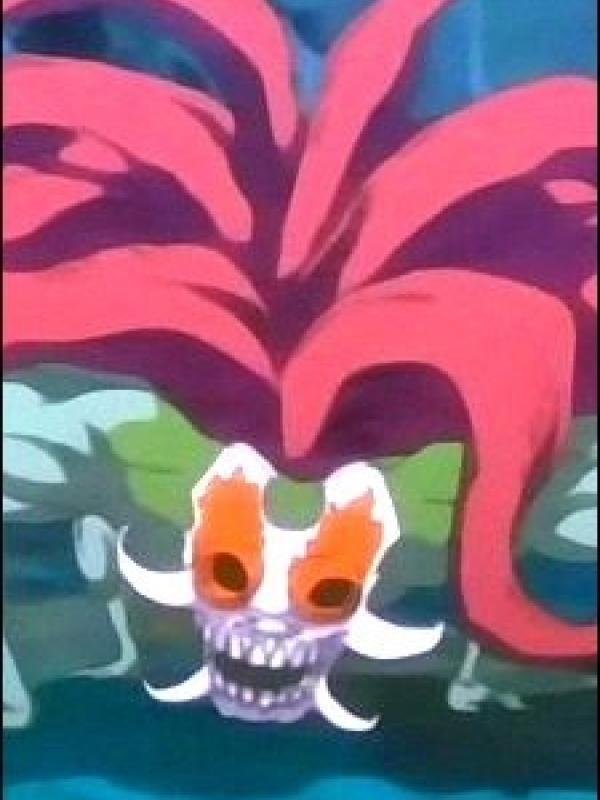 An experimental Hollow used by Sōsuke Aizen years before the start of the series. In his natural state, he exists as a six-limbed creature with a large, flame-patterned mask and a flock of tentacles on his back. When a Shinigami grabs Metastacia's tentacles, his/her Zanpakutō is destroyed; however, the power is only good once every night. Metastacia's main power is the ability to merge with Shinigami, taking over their body to use as his own. Unlike human possession (two souls in one body), the fusing of two spirits is irreversible. After a short period, he is able to eat them from the inside-out to re-create his original form.

Metastacia took over the body of Miyako, Kaien Shiba's wife, and used her to kill her fellow squad members before eating her. When Kaien Shiba battled Metastacia, he too was possessed and Rukia Kuchiki was forced to kill him to destroy the Hollow. However, Metastacia was designed to return to Hueco Mundo after being killed, so he could be analyzed. Still merged with Kaien at the time, this led to the two becoming one being upon returning. After his death, the merged creature's spirit body was eaten by Aaroniero Arruruerie, giving him not only Metastacia's abilities, but Kaien's as well.