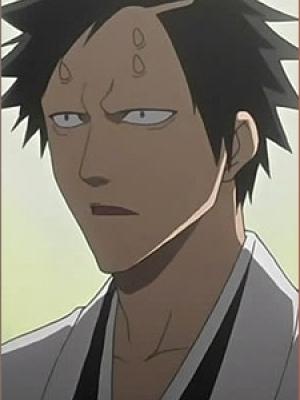 Member of the 12th Division's research institute and the second-best gigai scientist in the Research Institute.

Akon's appearance is that of a tall and eyebrow-less man , with a jagged part, and three short horns (and a possible fourth, which is hidden by his hair) on his forehead which he did not have when he was younger, 101 years ago.

Not much is know about Akon except that he was the first to realize that Rukia Kuchiki's gigai was created by "someone working outside the laws of the Soul Society", in his words but he is refering to Kisuke Urahara. He is usually seen along his two partners Rin Tsubokura and Hiyosu. Together they were in charge of monitoring the real world for any increase in Arrancar activity during the Arrancar arc. In Turn Back The Pendulum, he joined the Science Bureau shortly after its establishment by Kisuke Urahara, 101 years prior to the present day. Curiously he did not have his horns at this time. In the present, he appears to get along quite well with Mayuri Kurotsuchi, far better than he did with Hiyori Sarugaki.

Bleach: Memories of Nobody
Patrick Seitz

Bleach: Memories of Nobody
Keijin Okuda