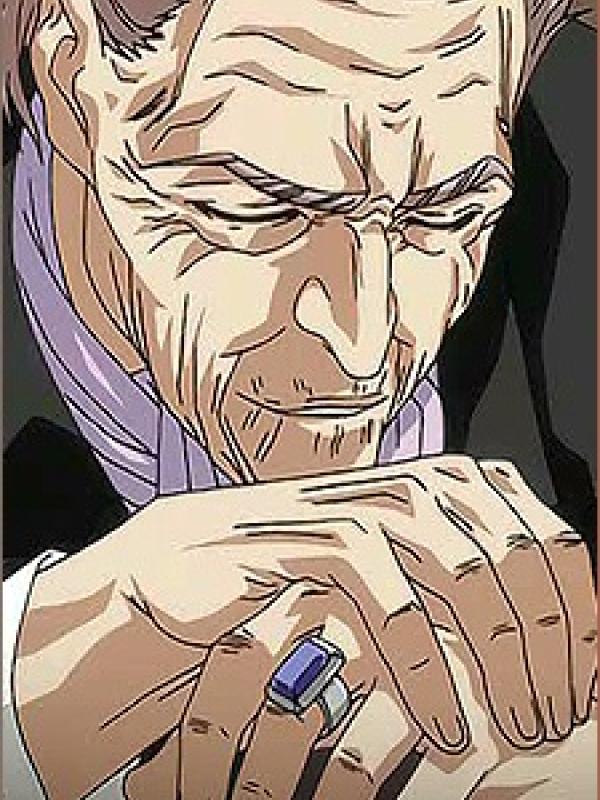 O the Bounts, the antagonist race in the Bount arc.

Sawatari seems to be the oldest Bount, but this is merely a by-product of his eating habits. He has been consuming living souls for far longer than any other Bount, causing him to age. He wears a black suit, with a light purple garment underneath.

When fighting, Sawatari seems to think of his opponents as mere children, similar to Shigekuni Yamamoto-Genryūsai. But he seems to be power-hungry like the rest of his tribe, and wanted to overthrow Kariya as leader of the Bounts.