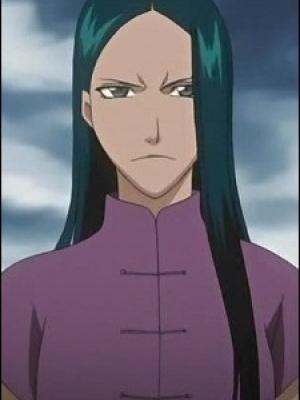 Bount, one of the main villains of the Bount arc.

Yoshi has dark green hair and wears a purple traditional Chinese-style pao with beige pants. She seems to be somewhat masculine and utilizes her feet for kicking opponents in movements that suggest she is a wushu fighter.

She appears to only be concerned about power, and was eager to drink souls collected from the bitto. However, after invading the Soul Society, she reveals she only agreed to help Kariya because it would be fun. In her last moments, she tells Uryu that she had fun battling him.