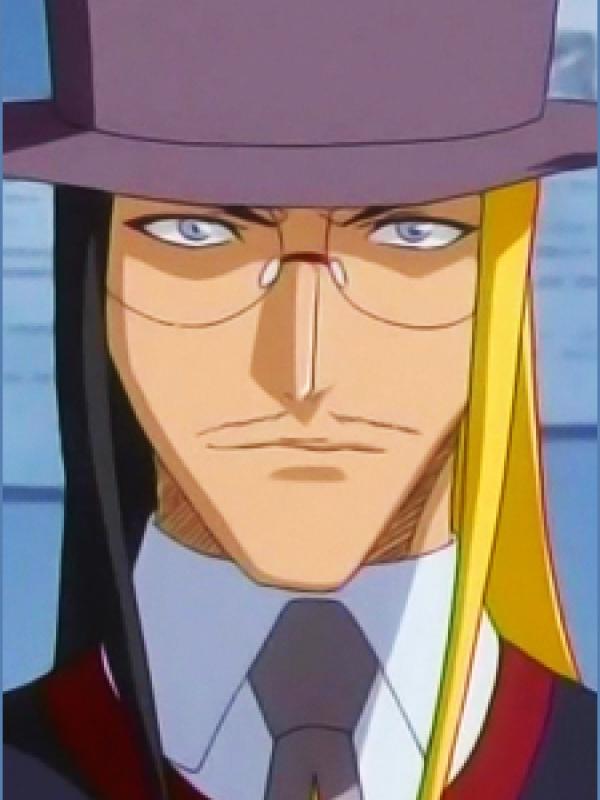 Also known as Claude or Cloud, Kuroud is a bespectacled man with a mustache and two-tone hair color (black to the right, yellow to the left). He wears a gray top hat, multi-colored suit and tie, as well as dark brown boots, giving him an appearance similar to a circus manager. His plushie body is a rabbit-esque purse. He is partnered with Orihime Inoue. He has the ability to shapeshift, and can replicate the abilities of others when he does so (although he can't replicate the power levels of said abilities). He is somewhat cowardly and is terrified of snakes. His longwindedness and actions often provide comic relief. He is also somewhat perverted, like Kon, or at the very least is thankful for the opportunity to be held by attractive women (being a purse helps in this regard). Rukia seems to like him because he resembles Chappy the Rabbit in his stuffed animal form.