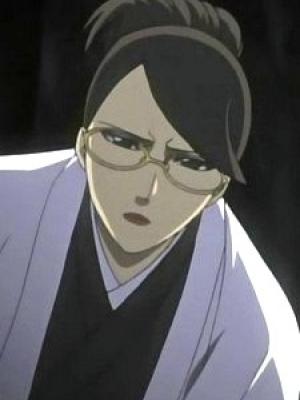 Introduced in the anime's Bount arc, Dr. Ran'Tao was the leader of the research team that created the Bount race. She looks exactly like Yoshino Sōma with the exception of a pair of glasses and her hair up (similar to Nanao Ise). The two also share the same voice. Ran'Tao has stated that she is much older than she looks and has found a way to stay young in appearance, but needs to take very long naps (about twelve hours a day to be exact) to maintain her image.

Out of guilt for creating the Bounts by accident, Ran'Tao took pity on them and helped them build a sanctuary in which all Bounts could live, since they were being persecuted at the time by normal people. She convinced the Bounts to allow her to get them protection from Soul Society. Upon returning to Seireitei, she was immediately arrested and put on trial by Center 46 for her failed soul experiments. When the order was given to exterminate the Bounts because they were considered a threat, Ran'Tao slipped outside to the real world to help them escape, one of the escapees being Jin Kariya. She also gave him "Messer", his doll. Shortly afterwards she was caught and had her shinigami powers sealed, before being exiled from Seireitei.

Ran'Tao went into hiding in an underground shelter in Rukongai, where she remains to this day. She spends her time engaging in minor experiments to utilize spiritual energy in better ways, one of which is a kidō shotgun which she uses on Jin Kariya during their confrontation. [Wikipedia]