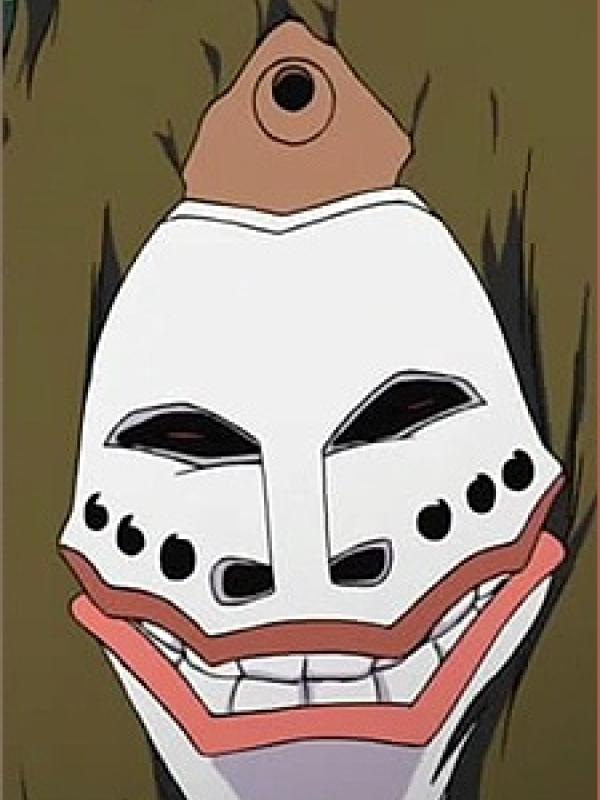 Grand Fisher is a hollow that had evaded the shinigami for over 50 years and is responsible for the death of Ichigo's mother, Masaki Kurosaki. In the anime, he prefers to eat women, which is why he killed Ichigo's mother; in the manga, he prefers to eat children, and Ichigo's mother merely got in the way. In hollow form, he resembles a giant hamster with bird-like hands and feet and a tentacle-like limb that hangs from his forehead, similar to the esca (lure) of an angler fish. The lure is vaguely human-sized and can be transformed to resemble anyone Grand Fisher wishes, usually taking the appearance of one of his previous victims. It can act independently of Grand Fisher, and as long as either the lure or Grand Fisher himself survives, he cannot be purified.

As a hollow, Grand Fisher's preferred method of fighting shinigami involves using his angler to keep opponents at bay, rather than attract them as it would normally be used. By transforming the angler into a decoy copy of someone close to his enemy, he can keep them from attacking, since they will be unwilling to harm the decoy. He can also grow his hair and fingers into spikes to stab enemies, or use them to restrain an opponent. Grand Fisher explains that when his hair and claws are used as spikes to stab an enemy, they also absorb the memories of that particular enemy, hence his ability to use the lure to create a copy of their loved ones or friends and use their image as a shield. Outside combat, his angler is used like its namesake, allowing him to distinguish those with high spiritual power from common humans and devour them.

After his defeat by Ichigo, Grand Fisher is turned into an imperfect arrancar by Iceringer and used by Aizen as an experimental subject. In arrancar form, he resembles a larger, more humanoid version of his old self with a tattooed face poking out from between his jawbones. He carries a large zanpakutō on his back, which is almost as tall as a two-story building. By unsheathing it, he transforms into a huge, monstrous creature with bull-like horns, and his zanpakutō becomes the size of a skyscraper. He returns to the human world to kill Ichigo, but instead is killed by Ichigo's father, Isshin Kurosaki.

Bleach: Memories in the Rain
Chafurin