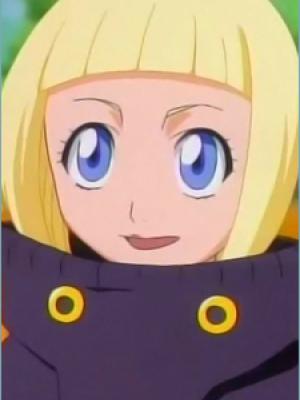 Ririn, while in her gigai form, is a small girl with short blonde hair wearing a pink, fur-trimmed coat, a purple bird-shaped cape, and red boots. When not in her gigai', she inhabits an anthropomorphic bird plushie. Her special ability is the creation of illusions. She acts as the leader of the trio, and has a fondness for games. She is partnered with Ichigo Kurosaki. At first she disliked Ichigo due to their conflicting personalities, but now she has grown to be very fond of him, even becoming at times extremely jealous of Rukia Kuchiki's close relationship with Ichigo. She can be petty and arrogant at times, but she shows real concern for her friends. She often looks down on Kon as inferior, which causes frequent arguments between the two.