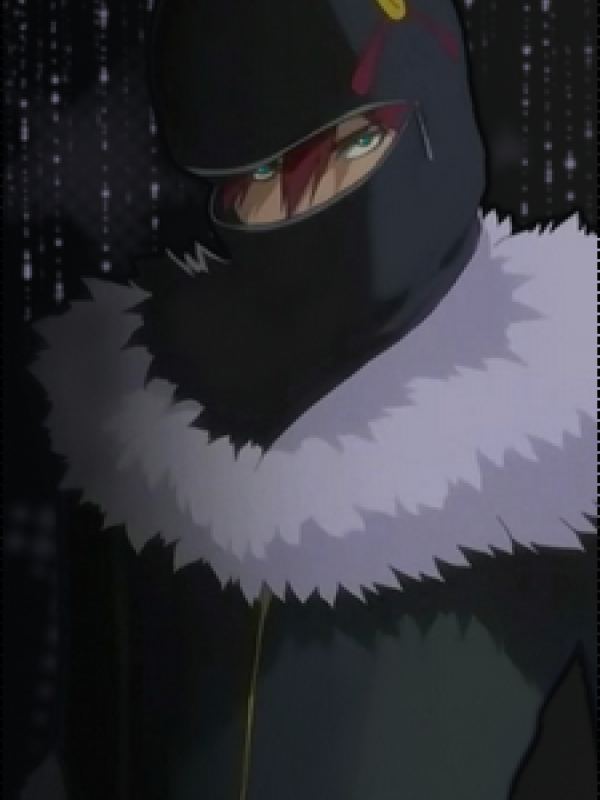 More commonly known as Nova, Noba is a handsome young man in a fur coat with a shield on his back and a zippered mask, with a slim build, red hair, and aqua eyes. He inhabits an anthropomorphic turtle plushie in grey dress trousers and a white ruffled shirt with a red bow tie when out of his gigai. He's very quiet, rarely speaking more than a few words and also rather shy, zipping up his hood when he blushes in his gigai or pulling his head into his shirt in his stuffed animal form. He is partnered with Yasutora Sado, who is equally quiet. He has the power to teleport himself and others to most any location he's been to. He can also use his spiritual sense to teleport to the location of those with spiritual powers. Additionally, he can create wormholes to redirect ranged attacks, both physical and energy based, back at the enemy. He can also absorb fire. When he is in his plushie, his teleportation range is limited to about two meters.