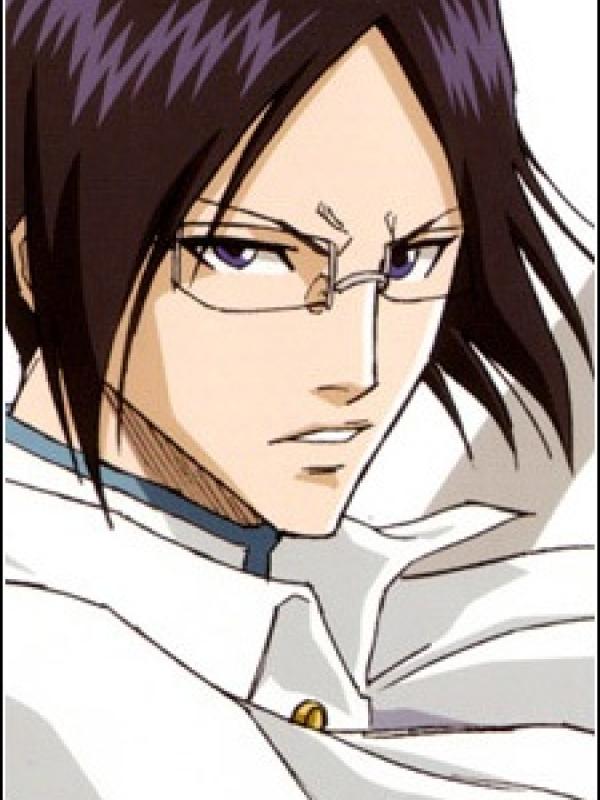 Uryuu is a friend of Ichigo's and one of the last surviving Quincy.

Uryuu Ishida is a dark blue-haired, bespectacled teenager of average height. At school, Uryuu wears the school uniform along with a tie, while outside he dons white Quincy clothes with blue stripes representing the Quincy cross, and a mantle.

Uryuu is generally shy and quiet, but tries harder to act cool when other people are around. For example, during the Soul Society arc he wears a mantle that serves no purpose other than to make him look cooler, despite the fact that it hinders his movement. He even keeps a spare to that effect. In addition, he also has a tendency to say things with characteristic drama.

Uryuu operates on a moral ethic known as the "Pride of the Quincy" and has a strong sense of justice. He has also shown to be very chivalrous, stating that he enacts justice on men who abuse or treat women badly. He demonstrates this at multiple points throughout the series, such as when he tried to defend Rukia Kuchiki from Renji Abarai when he and Byakuya Kuchiki came to the real world to take her, or when he defends Orihime Inoue at multiple points throughout the Soul Society arc. Uryuu also has a tendency to not use lethal force in battle, especially if he can win without doing so. Instead, he will simply incapacitate his opponent.

Uryuu does not hold his father, Ryuuken Ishida, in high respect; he calls his father by his given name which is considered very rude in Japanese society. Despite this, in the anime Uryuu seems mildly offended when Rukia commented that the Ishida's hospital (his father being the present director) is falling apart and Renji replies tactlessly that the hospital is only for show.

Uryuu has low blood pressure and hates procrastination. The other things he hates are quite odd: buttons (despite being an expert in sewing) and the word "haphazard." His favorite food is homemade mackerel miso stew. The television program he likes is Don Kanonji's "Bura-Rei." The shadow that jumped out of the crowd at Kanonji's first appearance was in fact Uryuu. Like his grandfather, Sōken Ishida, Uryuu is left-handed.

Bleach: Memories of Nobody
Noriaki Sugiyama

Bleach: Memories of Nobody
Daniele Demma

Bleach: Memories of Nobody
Philippe Siboulet