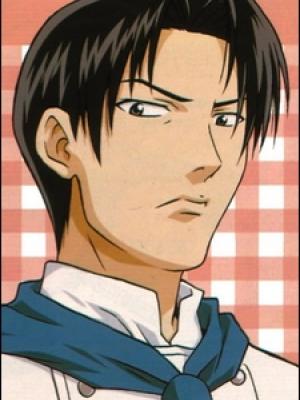 The 22-year-old head at the main Pantasia branch, and a Harvard graduate with a Food Science diploma (There he had a girlfriend named Cathy but they got separated when he needs to go back to Japan). His passion and talent is food tasting, at which he excels.

His straight-laced, no-nonsense attitude belies his very silly quirk of making strange pun-based reactions to the delicious bread he taste-tests: He once married an extremely ugly woman just for the sake of a pun. (He then got a divorce five minutes later.) He used to be the student of Ken, but Ken drove Ryo away with his behavior.