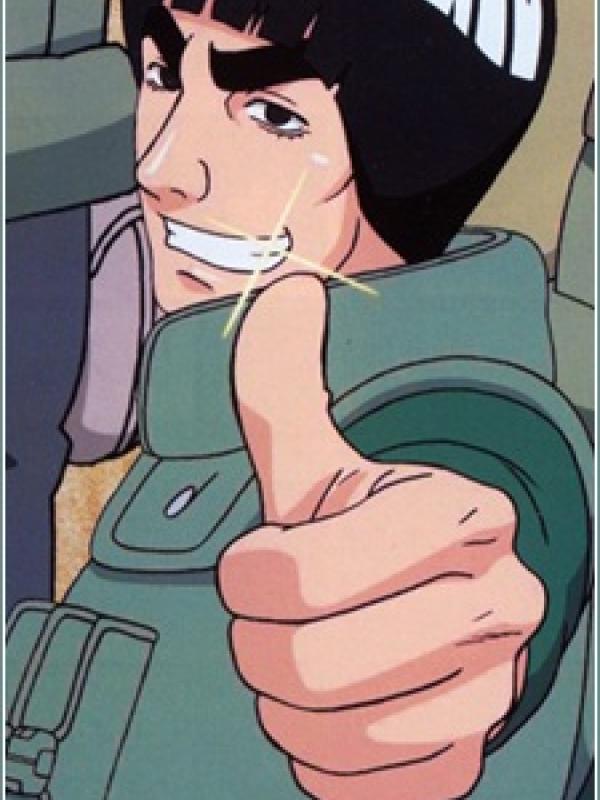 He is the leader of Team Guy, consisting of Rock Lee, Neji Hyuga, and Tenten.

Guy, and by extension Lee, lives his life by his own "My Rules" philosophy, which involves setting tougher self-imposed penalties for failure so something good comes of it. For example, he vowed to walk 500 laps around Konoha on his hands if he lost a contest with Kakashi, and proceeded to do so upon losing, even though people eventually stopped paying attention. He also doesn't hesitate to do things he doesn't enjoy or that others might find embarrassing if it means his own self-improvement, as seen with his belief that one cannot dislike food regardless of its ingredients or taste. In addition, Guy values his youth to a great degree and dislikes the idea that he may not be as young as he once was. To help remedy this problem he spends large amounts of time with his younger teammates, hoping to acquire some of their youthful properties. Likewise, he often refers to himself as "Konoha's Prideful Green Beast".

Guy is the self-proclaimed rival of Kakashi Hatake. Kakashi, however, is indifferent to their rivalry, which annoys Guy to no end. Kakashi also seems to have a habit of unintentionally ignoring Guy when Guy is lecturing him, which usually results in Guy asking himselif why Kakashi "has to act so cool". Guy randomly challenges Kakashi to contests of skill, and has acquired a record of 50 wins and 49 losses in doing so.