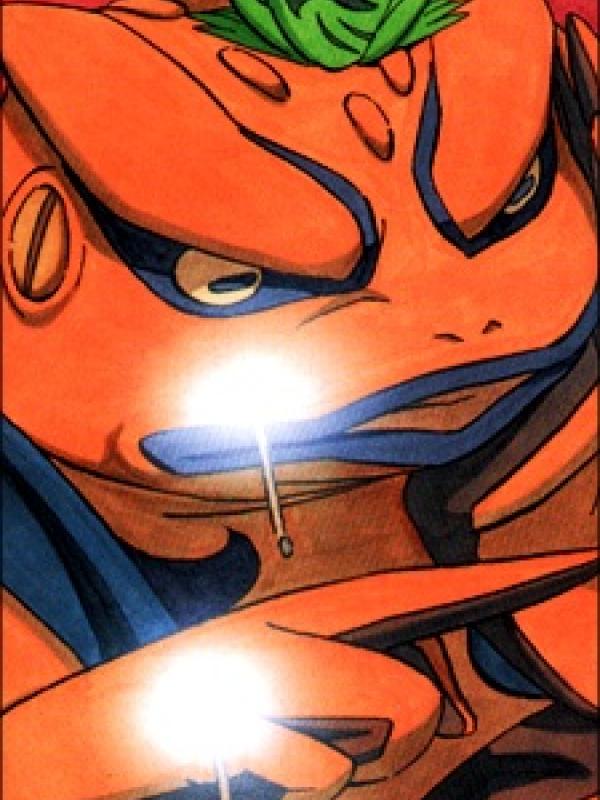 He was first summoned by Naruto Uzumaki because Naruto couldn't focus his chakra during the beginning of the battle with Gaara. However, he is intelligent enough to be aware of the situation around him and realize when it's time to flee. During the Sannin battle, Gamakichi was accidentally summoned again by Jiraiya while he was fighting with Orochimaru because Tsunade had secretly fed Jiraiya a chakra-disrupting potion.