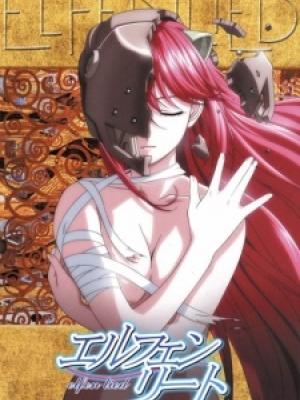 Well, after watching all the episodes – including the OVA, I concluded that this anime is an awesome piece of art, the gore that they dare to put in the anime was a bit too much, and it is really rare in animes nowadays.

In this comment, I will speak about what I liked and/or disliked in the series.

I hated the way they treated the Diclonius as test subjects, I didn’t understand how Nana should love the man who pretended to be her father in that situation.

I think that Nana is the most beloved character of the anime, she only wants to have a tranquil life along with the humans, she doesn’t want to kill them like everyone said. I got really depressed when I thought that her fake father had killed her, I’m glad it wasn’t true…

Diclonius #35 was really a monster, she would have fun making other people suffer, I didn’t feel any pity when she died, she deserved it.

Mayu’s past was horrible, how could a mother be so inhuman to the point of letting her own daughter being raped by her “boyfirends”? I’m glad she could find a peaceful place where to live later on…

Lucy’s past was also terrible, she was betrayed by the girl who was supposed to be her friend and her pet was killed by some stupid brats. They got what they deserved, like someone said, an eye for an eye – I don’t know what I would to in this kind of situation, but I wouldn’t stay there staring…

Kouta made things worse when he lied to Lucy about the festival (however he only lied so she wouldn’t be sad). She killed Kouta’s dad and sister, that is unforgivable and he told her that.

When Lucy accepted to be a test subject to save the other girl, it was na admirable act, since she only lives to kill humans – in fact – disgusting. And the last thing she did was also admirable, even if I try, I can’t hate Lucy.

So in the end, I loves this series, I hope they will never maje a second series, that would only soil this one.