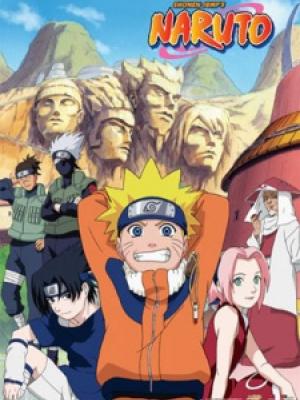 One day, a friend of mine suggested I should watch some anime, starting with Naruto. I downloaded it, not expecting much of it and I was right: the quality sucked as bad as you can never even imagine. Still, I found myself slightly entertained: the story wasn't bad and so I decided to go on downloading some remaining episodes. Luckily, that same friend gave me another site where I could download Naruto in good quality. I suppose I then understood why that many Japanese people were addicted: I wanted to see more and more. Unfortunately, after the 2nd saga, the quality started of this anime started to become less and less. If you're asking why I haven't given up Naruto yet, the reason is very simple: you don't let go of your first love that fast!

At first sight, the story isn't that original: boy fights enemies, while heavy in love with some girl. Luckily, the story is a bit more complicated than that, but don't expect FMA quality. This means the action and humour are the main body of the story, but after 150 episodes, that gets boring as well...

There is mainly 1 subber here, who is Dattebayo. If you're looking for better subs, you have no choice but to wait forever, since Dattebayo is very fast with subbing. There is, obviously, a problem with this: the quality sucks, and I mean really sucks. I suppose with a few lessons Japanese, you'll be able to translate exactly the same like this sub-group, although I of course have absolutely no right to say this (not that I care obviously).

With the animation exactly the same happened as with the story: it started pretty good, but then it began to fall and fall and eventually, hit rock-bottom. As is the same with the background-music: it started ok, but after that many episodes, you've heard everything already I guess. Might be time to update Naruto again I guess. The only thing that didn't lose it quality is the music: it sucked from the beginning till the end (with the exception of 1 or 2 song of a total of 18).

I should actually give 2 grades: 1 for the series until the 3rd saga, and 1 for the series after the 3rd saga. Unfortunately, I'm not going to do that, so I'll make a mix out of both of them. It really is a good anime to start with: you'll get to see what anime is actually about, and I suppose every anime-watcher has actually seen, or at least herd of Naruto. As I have said before, the quality of this anime is degrading, so I suppose if you didn't like the 2nd saga, I would quit if I were you. Even though there are still a few good parts (like Shikamaru), it will never be as good as it once was. But I can't be too negative about this anime: it was fun while it lasted, until a few businessmen had to make money out of this anime.