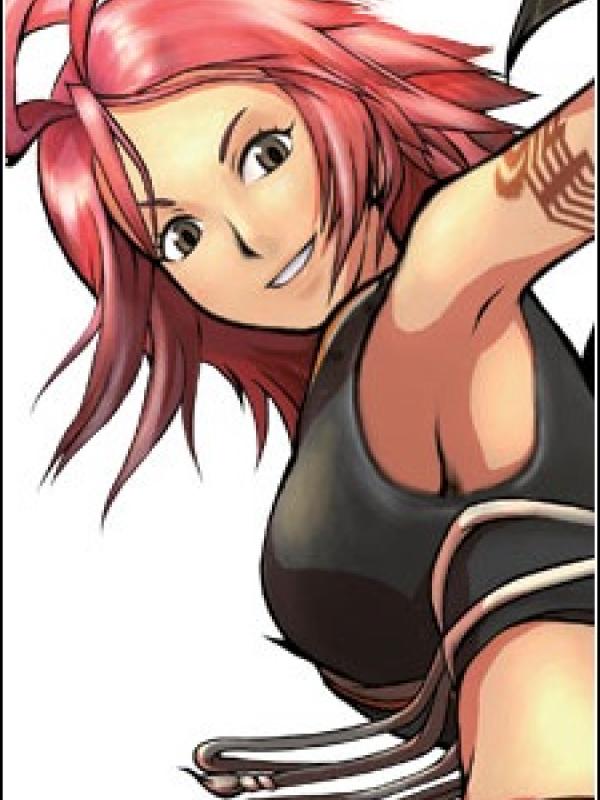 Alkaid is a short red haired Twin Blade. She wears a decorated battle outfit, accented by a large fan on her back. Her favored weapon is the Dorje Hatchet, a set of dual-wield golden knives, which she uses to attack with blinding speed.

Alkaid has a very fiery personality. She is always ready to defend her pride, and doesn't take any insults from anybody. She especially dislikes PKers like Bordeaux, seeing them as players who are too cowardly to fight players of equal strength. She also has a particular loathing for Endrance, who she believes stole her title as Arena Emperor illegally. However to those who have earned her respect, Alkaid is a very loyal friend. She is willing to defend their honor just as she would her own.

Alkaid is a 16-year-old girl named Chika Kuramoto. She is a high school student in Sapporo, Hokkaido and is classmates with the player behind Nanase. She loves books, and is part of her school's library council. She loves the Chinese classics like The Water Margin and Romance of the Three Kingdoms, but also Western fantasy and thrillers like Stephen King's Dark Tower series. Her favorite food is miso butter ramen, and one day she hopes to go on a restaurant hop around Japan. She is also a big fan of comedians like Salvador Aihara and "Mr. Usagimaru".