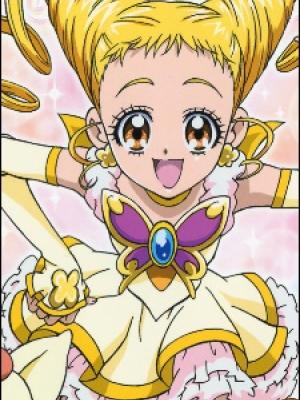 Urara is the youngest member of the PreCure 5. She is a sweet blonde first-year and a transfer student. She puts on a smiling face to all, but can only be herself around Nozomi and her friends. Because she is always busy, she has no friends outside of the Cures. Before she joined the team, she learned of Nozomi's and Rin's identities, and was not nearly as shocked as the others, likely because the drama that she had been cast in appears to be based on the Pretty Cure Splash Star series. Her mother died when she was young. She is half Japanese (from her mother) and half French (from her father). Cure Lemonade wears yellow and has no counterpart. For catching Pinkies, Coco gets a harp from her Pinky Catch. She introduces herself as "Effervescent Scent of Lemon, Cure Lemonade!" (はじけるレモンの香り キュアレモネード!, Hajikeru remon no kaori, Kyua Remonēdo!)

In the first movie, her counterpart is Dark Lemonade, who is voiced by Rie Kugimiya.