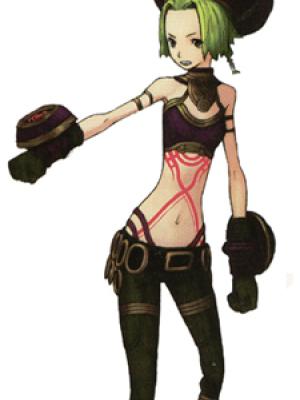 Asta roleplays a samurai-like character. She and IYOTEN are PKers who specialize in targeting newbies. Their usual approach is to find new players and befriend them, then PK them once they've won their trust. They usually don't target more powerful players, though they will fight if they feel they have an advantage.

She seems generally polite, aside from her PKing, and can be extremely malicious towards others. In the Japanese version of the games, Asta speaks like a samurai, but she speaks formally in the English version, using proper words. She speaks clearly, and somewhat slowly, an American view of Samurai, if they were to speak English. She is well thought out, and plans what she says, trying to keep her 'Samurai' persona.