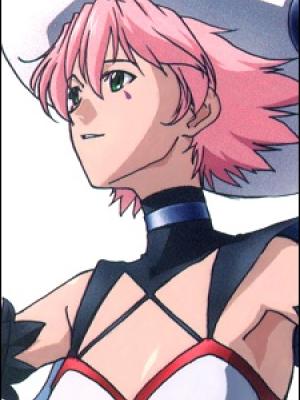 One of the few people close to Ovan who acts as leader of the Twilight Brigade whenever Ovan is incapable of doing so. Gentle-mannered but strong-minded, she holds the Twilight Brigade together during Ovan&amp;#039;s frequent absences. She and Ovan seem to have a more involved relationship than mere guildmates, as they have both known and seen each other somewhat frequently outside the game as it was alluded to when they talked about Shino&amp;#039;s hospital visits.

During episode 13 of .hack//Roots, Shino is attacked by Tri-Edge and Azure Kite is framed, resulting in her PC seemingly erased and her real self sent into a coma. She had been living alone and her landlord discovered her unconscious. The doctors cannot treat her because they do not know the cause behind her coma. Those who have suffered fates like hers are referred to as a Lost One, since it is rumored that once PKed by Tri-Edge a player can never return to the game. In real life, Shino is 20 and studying medicine.