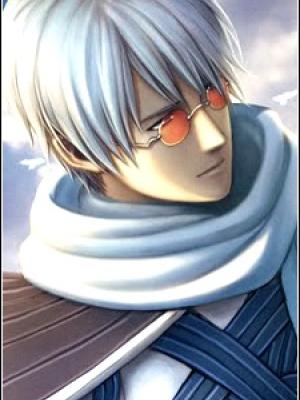 Ovan is a very mysterious person. Generally quiet, when he does speak, everybody listens. He is capable of commanding the attention of everybody around him with little effort. He seems to know quite a bit about events in The World R:2, though his quiet nature makes it unclear exactly how much knowledge he actually has. He frequently disappears from the game for long stretches of time; while he says it's related to his job in the real world, whether that is true or not is up for debate. As a Steam Gunner of an extremely high level, he has progressed beyond having to worry about trivial matters such as leveling or PKers, leaving him plenty of time to work on his long term goals, whatever they may be. One thing to note, though he never seems to lie, he has the habit of not giving a straight answer, leaving others to make their own judgments.