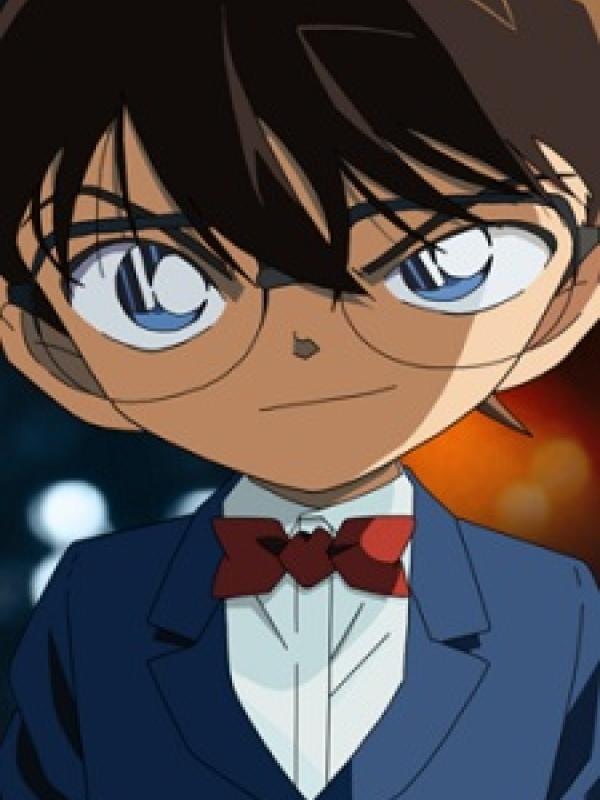 Date of Birth: May 4

At the beginning of the series, Kudou Shinichi is a 17-year-old student at Teitan High School. He is already well-known as a brilliant young detective, the "Savior of the police force," for solving many difficult cases that the professionals could not. However, while investigating two mysterious men, he is spotted and forced to swallow an experimental poison known as APTX 4869. This results in his body shrinking to that of a 6-year-old.

Shinichi comes up with the alias Conan Edogawa after Arthur Conan Doyle and Edogawa Rampo and pretends to be a distant relative of Agasa's who places Conan in Ran's care. Ran's father Mouri Kogorou, owns a Detective Agency which Conan uses to his advantage to discover cases involving the Black Organization.

As Conan, Shinichi helps Ran's father solve cases by putting him to sleep and simulating Kogorou's voice using the special bowtie gadget Professor Agasa made for him. By solving cases one after the other, he helps build up Kogorou's reputation who will later on be referred to as "Sleeping Kogorou." He also spends a good amount of time with his Detective Boys fellows and solves many small cases with them and sometimes in the company of Professor Agasa.

Conan remains very close to Ran, who in return is very protective of him. However, because Ran is unaware of his true identity, Conan often finds himself in awkward situations with her, such as when she confessed her feeling for Shinichi to him and when she made him bathe with her at a hot spring.

Conan's intelligence remains intact even though he has shrunken into a child. As Shinichi, his deductive ability earned him the monikers "Heisei Holmes" and "Savior of the Japanese police force." Conan maintains an extraordinarily broad knowledge of many subjects and trivia that help him solve cases and escape tricky situations. Conan tries to speak in a child-like manner when dealing with adults, but he often gets caught up in the current case and begins speaking like an adult, referring to advanced topics and using reasoning much too complex for a normal child. When this happens, he often tries to pass it off as "something [he] heard on TV" or "taught by uncle Kogoro/professor Agasa/Shinichi-niichan."

Likewise, he makes no effort to hide his love for Sherlock Holmes and soccer, so if he called out for talking about either subject in too much detail, he tries to escape suspicion by saying it was something Shinichi told him about. Although as the series has progressed the adults around him have become more used to his "being quite smart for a child," causing him to behave more like himself around them, he still tries to pass as a normal child. The only police officers with whom Conan can speak in a professional manner are the FBI, especially Jodie Starling, Shuichi Akai, James Black, and Inspector Kansuke Yamato of the Nagano Police, all of whom suspect that there is more to Conan than meets the eye.

Conan tends to act more like himself around the Detective Boys, even to the point that they find it odd when he acts like a child around adults. He will often play games like baseball with the Detective Boys, but he is too used to soccer to perform well and will even instinctively use soccer techniques, such as kicking in games that do not call for it. Because he is unfamiliar with popular games and TV shows, and bad at video games, Genta and the others tend to think of him as dumb. This annoys Conan so much that he will secretly watch TV in the living room after Kogoro and Ran go to sleep to get more "practice" in.

Detective Conan OVA 07: A Challenge from Agasa! Agasa vs. Conan and the Detective Boys
Minami Takayama

Detective Conan Movie 18: The Sniper from Another Dimension
Minami Takayama

The Disappearance of Conan Edogawa: The Worst Two Days in History
Minami Takayama