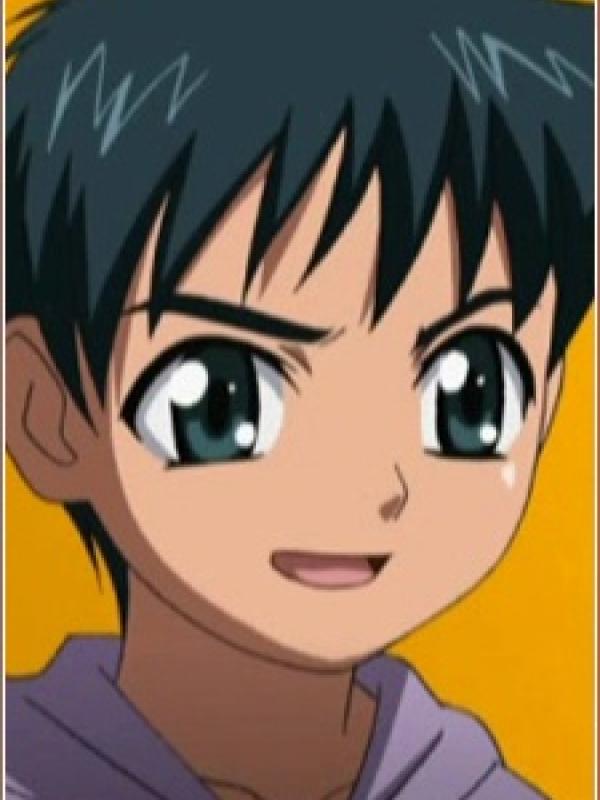 He was a 10 year old orphan boy living together with Lucy and several other parentless kids in a child welfare facility. He along with two other bullies constantly pick on Lucy everyday primarily because of the latter's physical difference (her horns), though he also adds later on that seems weird for him to see that Lucy never displays emotions. He takes pleasure in making Lucy as miserable as possible with malice by deliberately playing mean pranks on her (like spilling milk on her backpack), calling her "horns" (a pun about her horns), subjecting her to various acts of humiliation, and physically assaulting her. When he finds out that Lucy has been taking care of a puppy, he forces her to witness a plain act of extreme cruelty by repeatedly smashing a flower vase on the dog several times just to watch her cry in order for him to quench his sick curiosity. Instead, a shocked Lucy violently snaps in a murderous rage, beheading him and his accomplices with her vectors.