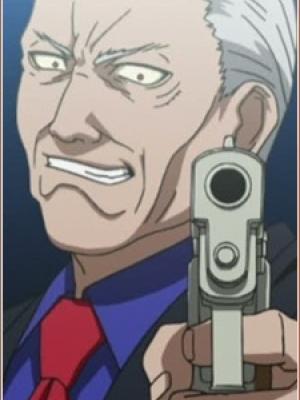 He is the head of the research center at 70+ years old performing experiments on diclonius. He is from a long line of diclonius ancestry that has been watered down by inter-breeding with humans (much of this is, however, only revealed in the manga). As a result of this he has no vectors and much smaller horns on his head. The aim of him and his son is, in part, to replenish their bloodline with the diclonius they are experimenting on (of which Lucy is the first to be able to reproduce) and thus gain power as "kings" of the new race.