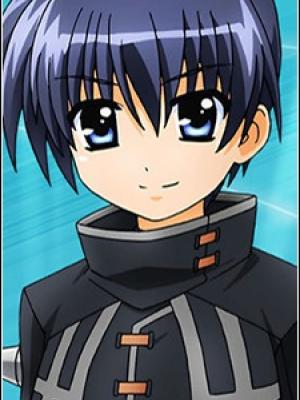 Chrono is a young officer of the Time-Space Administration Bureau and wields the S2U, a storage device in the first season and an ice-type Intelligent Device named Durandal in A's. His personality is usually one who looks at things from a logical approach, but he has made jokes on occasion.

In the first season Chrono displays his control over shooting-type spells when he aids Nanoha during the attack on the Garden of Time, so much so that Nanoha is speechless at his skill. As of StrikerS he has become the Admiral of his own ship, the Claudia, while his mother lives on Earth next to Nanoha's home after retiring.

Seemingly the only thing that can catch Chrono off guard is Fate's habit of calling him "onii-chan."