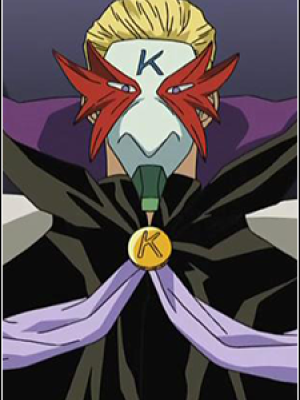 Gran Kayser is the eldest of the Kayser siblings. The middle brother is Bob and the youngest is Edward.

Gran rides on top of Bob, and all three of them possess the ability of Goddess's Hands.

This later turns out to be false, as he is able to speak and to use his legs to carry his brothers in mid-air as he walks on his hands.

Gran has very long arms, attained via encasing them in cement as a young boy and straining until he could pull the blocks. This made them incredibly large, and allowed him to attain an enhanced version of Solar Gauntlets on top of his Solar Hands, creating the advanced version.