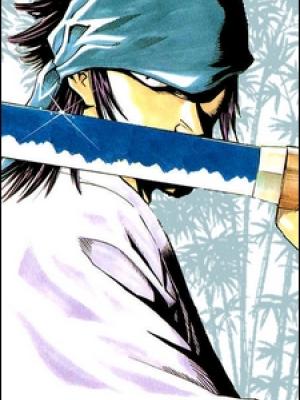 Kuroyanagi's understudy, a serious bread artisan. A master of the katana who claims to have left the swordsman path of destruction to follow the path of life-giving bread. Despite that, he often becomes very warrior-like and fearsome during baking competitions, which occasionally makes other characters wonder if he is truly focused on the "life-giving" aspect of his bread. Like Kawachi, he has solar gauntlets and considers Azuma as a rival. On first appearances, he seems cold-hearted and tough, but in the Monaco Cup Final, he falls in love with a rival German baker working for the American team, Monica Adenauer, and shows a more tender side of himself. He has an unexplained fear of heights as shown in the parachuting into the Mexico arena.