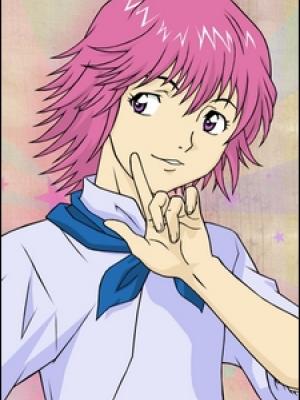 An extremely talented Pantasia baker, encountered first during the Pantasia Newcomers' Tournament and discovered to possess the solar hands as well. A Harvard graduate like Kuroyanagi, he looks up to him as a mentor, calling him 'Senpai'(which means Senior). He is considered as a "Harvard Junior Genius", having graduated the prestigious school at a very young age of sixteen. Originally working for Tsukino's evil sister Yukino Azusagawa, Kanmuri defected to the Pantasia's Southern Tokyo store to work with Azuma after Yukino blew up his research laboratory as a result of him losing to Azuma. He remained to keep the store throughout the Monaco Cup, but rejoined the team for the Yakitate!! 25/Yakitate!! 9 challenge. Recently revealed to be one out of the last two possible heirs to the Hashiguchi Company (the biggest gangster organization in Japan). Although he firmly states that he'd never join the Yakuza, problem sets as the other heir, Masanobu Tsutsumi, Shigeru's half-brother, shares the same sentiments. Tsutsumi is jealous at his half-brother for getting all the attention from their father, thus fueling his own determination to defeat the younger boy in a cooking/baking competition. This problem is promptly settled with a one-on-one battle in Yakitate!!25/Yakitate!! 9 (refer to Episode 62). He is probably named after a Shogakukan editor of the same name.