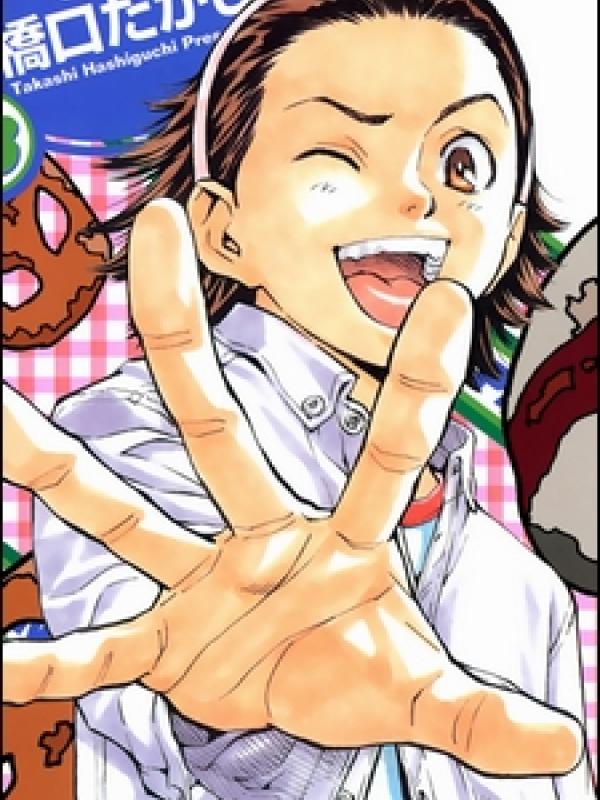 Male protagonist, a bread artisan who dreams of making the perfect Japan. Initially, he doesn't seem very bright, but when it comes to bread he's a genius. (He is knowledgeable about rice because of his grandfather, and Japanese food in general due to further learning and dealing with Japanese restaurant.) Azuma also has solar hands, exceptionally warm hands that allow the yeast to ferment faster and better when he is making his bread. Eternally optimistic and cheerful, he never gets upset from challenges faced in baking competitions, but rather from emotional tragedies. He gets his inspirations for his ja-pan from random sources, like other Japanese foods and stories from his experienced but over-talkative grandfather, a rice farmer. Unexpectedly great at math when he solved a complicated math problem in his head in less than a minute that took Pierrot hours to conceive that was written out in the sand.